Information about Argentina - Tourism in Argentina 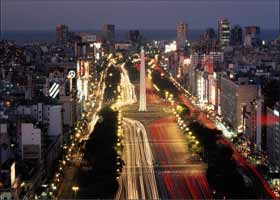 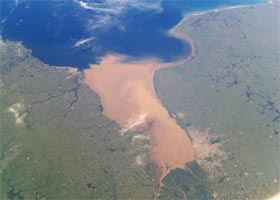 This river is the widest in the world, reaching in some part a width of 90 km. It is an attraction itself for anyone that enjoys sailing and is visiting Buenos Aires. 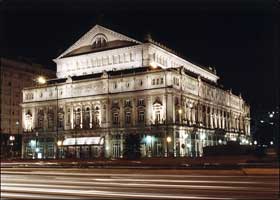 This theater is the most important opera theatre in all of Latin America, and in the top five of the world for its excellent acoustic. It was inaugurated in 1908 by Aida de Giuseppe Verdi. It received the most distinguished artists of the century. The building itself combines Italian, Greek, German and French Renaissance styles, which make it a very Eclectic construction, characteristic of the nineteenth century. The main floor is divided in seven areas, arranged in a "U" shape. It takes up 8202 square meters and has 3542 seats and room for 700 standing spectators. 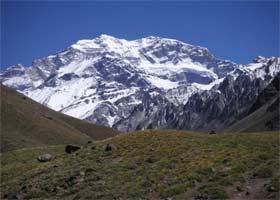 It is the highest mountain in America, located in the province of Mendoza, it is 6959 meters high. Because of its height it was nicknamed "Techo de America" (America’s ceiling). It name is of Quechua origin, and it derives from "Ackon Cahuak" which can be translated to "Stone Sentinel" 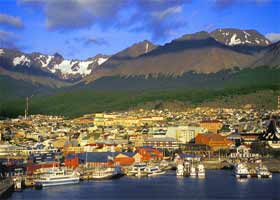 It is the south most city of the world and capital city of the province of Tierra del Fuego. To the west of it the mount Martial can be found, and to the east mounts Olivia and "Cinco Hermanos"(Five Brothers). Located to near the shores of the Beagle channel itoffers a landscape that is clearly unique. The sight merges mountains and sea, glaciers and forests. With a very un-usual topography the city of Ushuaia has adapted itself to build modern constructions, and has developed into a very picturesque city. There is a pretty large hotel industry going on in Ushuaia, satisfying the necessities of the international public that attends it. Being so close to the south pole sun light is on the extremes, having in summer a total of 18 hours of sunlight a day, and as little as 7 during winter. Emblematic spot for tourism, Ushuaia allows for a variety of activities such as: trekking, horseback riding, mountain bike, fishing and trips through the Beagle channel and in National Park of Tierra del Fuego, located in Bhaia Lapataia. Among the activities for the winter, the main one is in "Cerro Castor", where several kinds of ski are practiced.