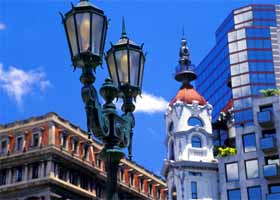 Information about the City of Buenos Aires

The city of Buenos Aires, sometimes referred to as "The Paris of South America", is a city with a style of its own. Buenos Aires has a varied architecture, as modern as it is conservative, and a music that distinguishes it world wide, Tango, together with a very rich cultural movement. Asides from that, Buenos Aires is also known as a city with a great night life. 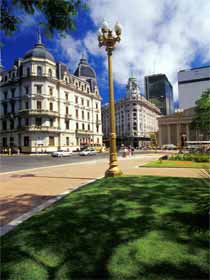 Buenos Aires is one of the biggest cities in the world; the number of people living in it is somewhere around 14 million. Buenos Aires is liked and visited because of it´s architecture, reflecting a mixture of Spanish, French and Italian styles. Its culture, cosmopolitan nature, the fact that it is avant-garde and at the same time traditional, make Buenos Aires a very friendly city. Located in what the locals know as the microcentro, but is in fact a neighborhood named Monserrat, is the famous Plaza de Mayo, that came to be in 1884 when the two plazas De la Victoria, and del Fuerte were united through the demolition of a building separating them. Today it is a very popular tourist stop, not only for its historical importance and convenient location in the center of the city, but also because this is the plaza where the famous government house can be seen, the Casa Rosada (Pink House). In the Plaza de Mayo you can also see the historical Cabildo, the Metropolitan Cathedral, and the central building of the Banco Nacion. This is also where the famous avenue Avenida de Mayo starts, connecting the government building with the national Congress on the other side of the 9 de Julio. Under the Avenida de Mayo runs Buenos Aires' first subway line, Line A, that still has its original wooden trains, and that has its main station located underneath the Plaza de Mayo. 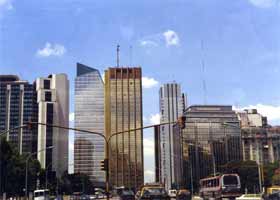 Buenos Aires offers a large amount of different types of entertainment: Museums of international prestige, theatres, cinemas, musical plays, tango and jazz concerts, casinos, fairs, cultural centers, antique shops, traditional and international restaurants alike, bars, pubs, and many cyber cafés, etc. All of that and more, any time of the day, making honor to another nick name of Buenos Aires, "The city that never sleeps." One of the more well-known neighborhoods of Buenos Aires is Retiro, a smallish neighborhood that limits with the Rio de la Plata and other well-known neighborhoods like Recoleta and San Nicolas, or el Centro. Through Retiro, that is not only important because of its tourist attractions, millions of people travel every day thought the three train stations and large international bus terminal make this neighborhood one of the most important in the City of Buenos Aires.

The city of Buenos Aires is the capital city of Argentina and it is located at an average of about 10 flight hours from important Cities such as New York, London, Paris, Madrid, and Rome. It can also be reached by plane from other cities in South America or the world, and there are Trains, Boats, and Busses that arrive in the City of Buenos Aires daily both from other Provinces of Argentina or from Neighboring countries like Chile, Brazil, or Uruguay.

The official language Buenos Aires, together with all of Argentina, is "Castellano," or Spanish, but this official language is not what is commonly spoken by the locals. People in Buenos Aires speak a unique branch of Spanish, unlike any other spoken Latin America full of the local slang referred to as "Lunfardo" that creeps unnoticed into almost every sentence uttered by one of the local "Porteños."

In Buenos Aires and the rest of Argentina the legal currency is the Argentine Peso; distributed in bills of 2, 5, 10, 20, 50, and 100 pesos, and coins, the highest value being of 1 peso, together with 5, 10, 25, and 50 centavos (cents) of a peso. Something that is rarely seen is the very special 5 peso, that most people have never seen. One U$S Dollar is equal to around $3 Pesos.

Government and Constitution in Argentina

The official religion in the City of Buenos Aires, like in all of Argentina, is the Roman Catholic Apostolic, but there is freedom for any kind of religion. 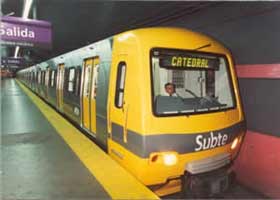 There are five lines of subway in Buenos Aires. Lines A, B, C, D, E, and the so-called "Pre metro". The new Line H is still currently under construction. The subway is open every day from 7 AM to 11 PM. Tickets cost 70 cents to all destinations, regardless of distance. 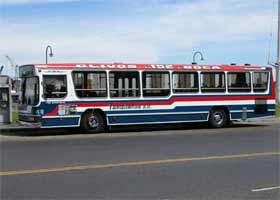 There are approximately 160 lines of "Colectivos" (buses) in Buenos Aires. Every trip inside the city of Buenos Aires is worth 80 cents, and if the distance is very short, 75 cents. 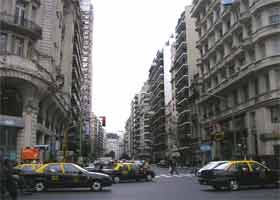 Taxis work 24 hours a day in Buenos Aires and are easily identified through their body and yellow roof. The minimum fare costs $1,98 pesos, to which 22 cents is added for every 200 meters traveled. 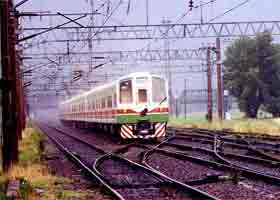 Buenos Aires has several train stations, breathtaking for their architecture and size, such as the Retiro and Constitucion stations that are each day transited by a large number of greater Buenos Aires' population on the way to or from work in the Nation's Capital. The basic ticket price for a local train is 50 cents, and the prices rise from there depending on the distance you are traveling. 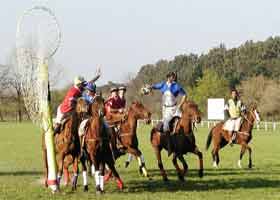 Pato was declared Argentina's National Sport in 1953 by then president Juán Domingo Perón (Unlike many believe the national sport is not Soccer or Football.) The Pato has been practiced since the seventeenth century, but was for a long time considered dangerous and inappropriate due to its lack of rules. Today the official rules have been written for the modern Pato, that is no longer played with a live duck (called pato in Spanish), like it was originally. Today it is played between two teams of four players on horseback. The goal of the game is putting the "Pato" inside a hoop of 1 meter of diameter located on a stick 2.40 meters high. The Pato is like a large soccer ball with six handles for the players to grab, giving them the possibility to pick it up off the ground with out getting off their horses. 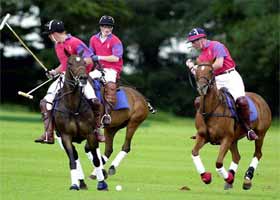 Polo is also another popular sport, in which Argentina has been the undisputed world champion since 1949. This is not only because of the skill displayed by Argentinean jockeys but also for the superiority of the horses that are bred in Argentina. The Argentinean Championship of Polo begins in August, and its first matches generally take place in the northern area of Buenos Aires, it finished around December and the Argentinean Polo Field, located in the area of Palermo.

Important information to know before going to Buenos Aires

It is prohibited to enter Buenos Aires or any other territory of Argentina with: plants, vegetables, fruits or any other perishable food product. It is possible to enter with domestic animals, but they need to have certification and their vaccines have to be up to date.