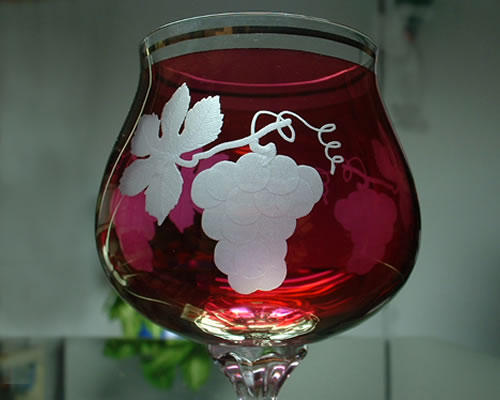 Argentina produces some of the worlds best wine, in the league of countries such as France, Italy, and Spain. Argentinean wine industry has evolved considerably over the last decades, conquering even the markets with the most demanding consumers, and also having the advantage of being considered some of the healthiest wines world-wide.

The amount of antioxidants in Argentinean wine is superior to those produced in the United States and Chile, and even slightly higher than in European wines. It is possible that Argentinean wines, particularly red wines, has the most antioxidant capacity in the world. This can be so because of the height above sea level that the vineyards are located, the low amount of rain affecting the area, the cloudless skies allowing for a great amount of sun exposure.

These vineyards with such excellent sun exposure are greatly stimulated, causing the maturation and concentrations of aromas and colors of the grapes. The soil is deep, permeable and lacking in organic materials, all of which is critical in a good wine production.

Do not miss going to some of the Argentinean "bodegas," as they call them here, to witness the way that these top notch wines come to be, learn their history, and taste their unique flavor.

The Andes themselves, besides providing a constant source of pure water irrigation in the form of runoffs, shield the Argentine viniculture regions from salty and moist ocean air currents. The effect of salt on grapes is to simply add that flavor to wine where the effect of moisture can be quite a bit more devastating. With high moisture content in the air, any number of fungi, virus, bacteria and other diseases has a greater chance of destroying or contaminating crop. Insects, particularly vine and grape-eating insects thrive when moisture levels are higher. In effect, having extremely dry conditions eliminates the need for Argentine vintners to have to use pesticides and fungicides which makes their wine more pure, healthy and delicious for the consumer.

The extreme range of Argentina's wine-making regions adds great versatility to the different types of varietals grown. From the 22nd parallel in the North, near Salta, to the 42 parallel in the South, near Rio Negro, this wine-making region spans 2000km down the eastern side of the Andes. The wide variety of climactic conditions provides for regions where classic varietals such as syrah, chardonnay, and cabernet-sauvignon to grow and thrive in addition to the distinctly Argentine varietals Malbec, Torrontés Bonarda and Tannat.

In the North, Salteño Torrontés is growing in fame due to its glorious white flower and citrus perfume. Malbecs from the North also take on interesting characteristics. Undertones of clove and earth characterize these while classic Mendoza Malbecs will have more plum flavors and red fruit. Further south, Cabernet Francs and Pinot Noirs are increasing in their world stature due to the cooler climate. It's no small wonder why they call Argentina the "sleeping giant" of the wine-making world. Geography of Argentina's Wine Making Regions

Many thanks to...
Anuva Vinos Exclusive Wines

Be among the first to discover Argentina's best micro-production wineries with Anuva Vinos, a wine club which delivers hand-sourced, exclusive, limited-production Argentine wines to members' doorsteps across the globe. Daniel Karlin, Anuva's founder, invites you to taste these spectacular wines during your stay in Buenos Aires. Tastings are offered by reservation in various locations around the city always in a small and intimate format.